The digital revolution has rapidly propelled globalisation and innovation, and it has evolved to become an equaliser by augmenting connectivity, increasing financial penetration and improving access to trade and commerce. Through technology, it refers to electronic tools, systems, gadgets, and devices that generate, store, or process data. Examples include social media, online games, desktops, laptops, mobile phones, etc.

Historically, the third industrial revolution commenced in the late 20th century and provided a fillip to technological progress that began during World War II. In fact, it is interesting to observe that the history of technological innovation coincides with the history of warfare. Since then, digital technology has pervaded our daily lives to such an extent that imagining life without it is impossible.

As the digital transformation changed the face of relationship building, social interaction is now largely through various means of technology. Nowadays, technology brings the world together at our fingertips, and any social, familial, or romantic relationship, both new and old, is a click away. Technology also helps establish a community of people with shared interests and preferences easily and can greatly improve an individual’s sense of self. Although technology is conducive to building a relationship online, the increasing shift to machine interaction often lacks the sensibilities and receptivity to face-to-face interaction and simplifies the depth and quality of direct interaction.

Eventhough technology has improved mental health literacy drastically, the use of technology affects the self-worth and online identity detrimentally with the number of likes and comments received. These mainstream effects of digital technology induce a positive interaction between people and technology.

However, experiences of vulnerable groups with mainstream developments are analysed through the intersection of disadvantages and the exclusion they face in society.

Although vulnerability may be subjectively related to individuals, it can also be universalised to a certain degree based on shared experiences of certain groups. Thus, experiences of such groups with digital technology deviate from mainstream experience; such experiences are inimical at best and fatal at worst. Children and older persons are especially vulnerable to the changes induced by digital technology in society because they are unable to synchronise with the speed of development in the field and the resultant changes in society. The challenge for these demographic groups is thus two-fold: mainstreaming their experiences, so that they may realise the positive effects of using digital technology, and minimising the negative impacts they are commonly subjected to.

The older persons are subjected to intense feelings of isolation and loneliness because of their inability to adapt to changes in digital technologies. Mostly, they experience negative feelings induced by the people around them, such as family members or caregivers, either consciously or inadvertently. Due to easy access to digital technologies, people have found various activities to allocate their time to, resulting in less time spent with family members, including the older persons in the family, and negatively impacting the latter’s wellbeing. Children also experience neglect and abuse at the hands of other members of the family, resulting in the latter spending increasing amounts of time on digital technologies.

Children are subjected to violence and sexual abuse; the pervasiveness of internet services and digital technologies has induced easy access to child pornography, resulting in soaring demand for such content and widespread child prostitution. That India is reportedly one of the largest consumers of child pornography necessitates immediate interventions and policy measures to protect children from sexual violence and abuse.

Lastly, women are endangered by the negative impacts of digital technologies albeit their experiences may be positive too, sometimes. The paramount challenge is to overcome the gender gap that exists in accessibility to digital technology, that proves to be disadvantageous to women vis-à-vis employment opportunities and personal security. 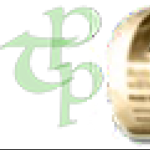